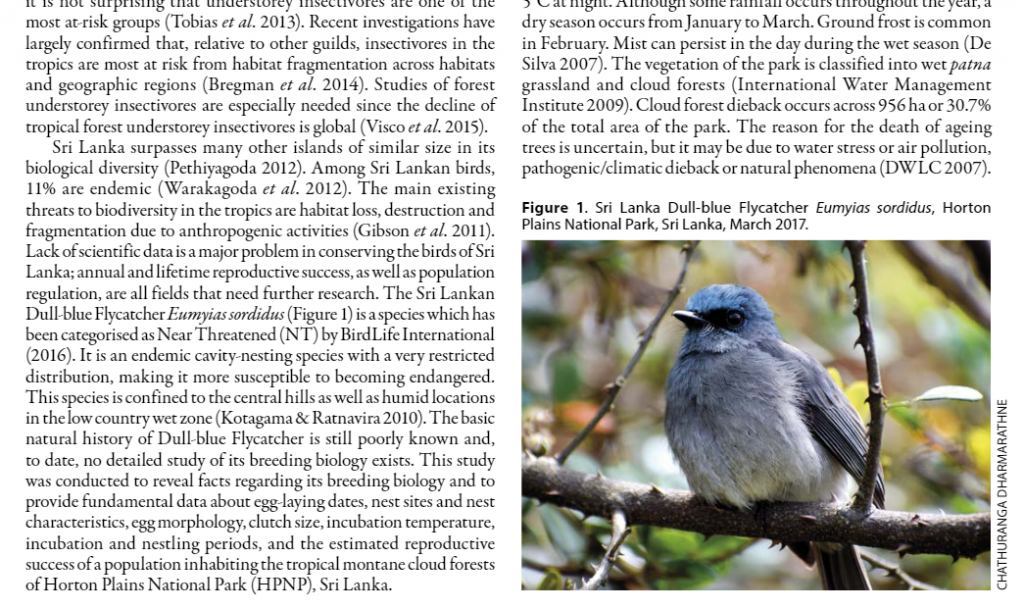 he breeding biology of the endemic Dull-blue Flycatcher Eumyias sordidus was studied in the tropical montane cloud forests of Horton Plains National Park, Sri Lanka, from March 2016 to December 2018. Breeding ran from late March until June, and again from late August to October. Nestling diet was studied using a spotting scope, video camera and faecal sample analysis. A total of 68 nests were found and 32 breeding pairs were observed. The average incubation period was 20.1 ± 2.2 days and nestling period was 14 ± 3.1 days. During incubation, nest attentiveness was higher in the evening. Pairs were double-brooded and some pairs made re-nesting attempts after first nests failed. Coleoptera were their major food source, followed by Araneae and Hymenoptera. The overall nest success was 90.6% (29 out of 32 nests). Jungle Crow Corvus levaillantii was the main predator.